This article was originally published in The Lexicon Feb. 17, 2007

They filled the room and still kept coming.

No, they weren’t the pasty white cybernetic beings from "Star Trek" who destroy cultures.

area Hispanics gathered to reclaim their culture at The Latino Writers Collective’s Primera Pagina, or First Page, reading series at The Writer’s Place in

Angela Cervantes, a founding member of the collective, said the group’s mission is to “support, foster and promote Latino literature and each other’s writing ambitions.”

Cervantes said she hoped the reading series would help turn a new page for Latino writers in .

“The group is a mix of different perspectives,” said Jose Faus, another founding member of the collective. “We all have different outlooks but we all have a passion for what we do.”

Faus said the writers aren’t limited to one language or one experience.

“We try to help other voices in our community that aren’t heard,” he said.

While most of the readings have featured poems, there were not overly rehearsed readings, bilingual hip-hop rants, or angry def jam poetry readings. This was not a Nuyorican poetry slam circa 1993.

Mothers, fathers, sons and daughters shared their writings about their culture. They felt compelled to share with those who had similar expereinces and those who haven’t.

Cervantes’ short story “Angels” was just such a piece.

She read/portrayed two young Latinas who, if they weren’t friends, would certainly be enemies. Together they roamed the neighborhood pretending to be the Sabrina and Kelly of “Charlie’s Angels.” When people asked about the blond-haired Jill, they said she was getting a perm at the salon.

Cervantes embodied the two girls drawing the audience into their silly then dramatically urgent story.

Lemmons expertly mixed Donna Summers, Nelly Olson from “Little House on the Prairie,” and a Mexican Quinceanera into her humorous and touching tale of thieving relatives.

The series concludes with a reading from Tomas Riley of the famed Taco Shop Poets collective at the Plaza Branch Library, March 15.

The Latino Writers Collective meets the second and fourth Wednesdays from 6:30 – 8:30 p.m. at the Writer’s Place in 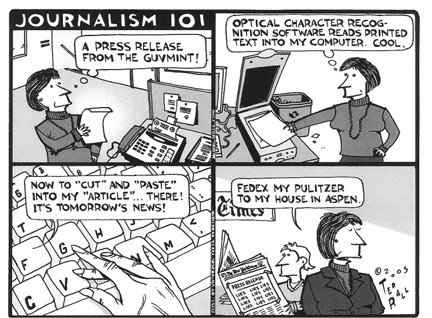 Start off a new semester by reviewing some of the basics:
by Miguel M. Morales