Latino Politics – What affects you?

National, state, local politics, everything, it all affects me. Why wouldn't it?


Clearly, the presidential election is the big issue this year. I’ve already commented on that. Issues affecting the average citizen also affect me but they some specifically resonate with me as a Latino.

I care about the USDA because I care about food safety. As a former migrant farmworker, I also care about it because the USDA’s policies also affect those who handle and harvest our food. For the same reason I care about the EPA and the chemicals used in farmwork, meatpacking plants, and produce process factories. I care about the economy because many Latinos and other low-income families endure the most of the layoffs, cuts in overtime, and increased workload without pay increases.

Latinos don’t just work for other people, they are the new small business owners who are rebuilding the economy. According to the US Census, the number of Latino-owned businesses in the United States increased by 43.7 percent to 2.3 million, that’s more than twice the national rate of 18.0 percent from 2002 - 2007.

Other national issues like the DREAM Act affect me. I was fortunate to be born in the United States but I care about education and I care about people. I care about the investment we’re making into these young people who, at the end of the day, aren’t allowed to contribute to our tax base. Those opposed to allowing undocumented students earning a path to citizenship (and paying taxes) can push back all they want, but let me just tell you, it’s gonna happen.


While national immigration issues are playing out, state governments like Arizona can try to enact anti-immigration and anti-Latino laws. The author of the infamous SB1070, is none other than Kansas’ Kris Kobach.

Kobach, now the state attorney general, wants to see an Arizona-type law in Kansas. While he has a national reputation as a rabid dog, which he cultivates at the expense of his role as attorney general, in Kansas he’s seen as nothing more than a joke. Kris Kobach is the Fred Phelps of immigration. His current hard-on is perpetuating the myth of voter fraud. What he doesn’t get is that he is the voter fraud.


I care about local politics so much that I ran for a seat on the board of my community college back in 2009. I was frustrated with the policies the board enacted. Funders, through their donations, dictated my schools priorities. And students didn’t have a voice in the decisions ranging from eliminating late enrollment to increasing tuition. 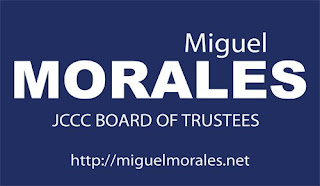 I didn’t win a seat but I learned a lot about the election process. I learned how crucial it is not only for Latinos to vote but for Latinos to be candidates. With only $1,000 and a small crew of volunteers, I earned almost 7,000 votes in a race where only 10,000 guaranteed a win.

By the way, never run for public office while going to school full time.

Since then, I’ve learned to affect policy without being elected to the office. I use my student status to speak to education issues. I use my writing to communicate information and bridge the effects of policy to real-life. I use my social media presence to support causes and influence decision makers.

I want to say one more thing about the DREAM Act and Dreamers (those young people directly affected by the DREAM Act). I don’t think people realize that Dreamers have a taste for activism and politics. When the DREAM Act is enacted, they won’t just sit back. They’ll want to continue to affect the world around them. They’ll vote. They’ll volunteer for political campaigns, They’ll even run for public office. They’ll be the change they want to see in the world.