This article was originally published in The Campus Ledger Oct. 19
Trustees in Trouble
Faculty Association call for action against Screening Committee co-chairs 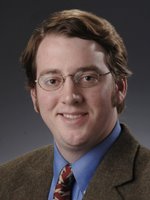 "I have a First amendment right to voice my opinion. This is typical of liberals who talk about the First Amendment until you disagree with them.”
Ben Hodge, trustee

“This is moral suasion,” said Vin Clark, professor of History and president of the Faculty Association, acknowledging that the association’s call for action lacks teeth.
“It’s an element of democracy,” he said. “It’s part of traditional academic involvement in collegiate life.”
Clark said he transmitted the resolutions to trustees on behalf of the association and expects to make a statement at the monthly Board of Trustee meeting Oct. 19.
The association’s executive council also voted on a statement of cooperation with board and community in finding and hiring the best possible candidate as permanent president.
The statement says the lack of confidence in Perilla “need not be permanent and hoped that she would take action to restore confidence in her leadership.”
Clark said he hopes that the impaired relations with Perilla and Hodge will be temporary.

Elaine Perilla
The call for the no vote of confidence in Perilla comes a month after the board of trustees released a 12-page investigative report into the allegations of unlawful harassment against former president Charles Carlsen.
Last April, The Campus Ledger published an article describing that Perilla received a 22-page account documenting Carlsen’s alleged harassment of Teresa Lee, manager of Human Resources.
Lee’s narrative, dated Sept. 14, 2005, describes the interaction with Perilla.
“I spoke with Elaine today to ask if she had had a chance to review the documentation I had given her. She said she had,” Lee wrote. “I asked her if she had any questions. She said she did not and that she doesn’t doubt that it is true.”
“I spoke with Susan after work, via phone, and voiced my concern,” she wrote. “She said that at least Elaine knows about it so that if Carlsen says he wants to retire, she won’t talk him out of it."
The investigative report which has cost the college almost $400,000 failed to mention Perilla.

"This is moral suasion."
Vin Clark, president of the Faculty Association

The Faculty Association also alleges that Perilla uses her position to influence and intimidate employees.
According to the Faculty Association voting will take place using ballot boxes and paper ballots.
The college declined to let the association use its electronic voting system until the college attorney approved.
“Although the Association maintains its rights to use this system, the Executive Council believed that delay in voting was inadvisable,” Clark said. “It therefore decided to employ the traditional procedure.”
The explanation on the ballot for the vote reads:

“Elaine Perilla has forfeited the trust of the college community by a series of actions and failures to act, which have been instrumental in creating an atmosphere of secrecy, intimidation, and fear throughout the college.”

The vote will take place Oct. 23-26.
The Ledger attempted to contact Perilla. She did not return phone calls up to press time.

Ben Hodge
While the Board of Trustees can employ censure using board policy 114.03, there is no consequence to the action.
“The board of trustees may, after investigation and upon the adoption of written findings of fact, adopt, by majority vote, a resolution of censure with respect to any trustee who violates the provisions of the Board's Code of Conduct or Code of Ethics,” the policy reads.
The Faculty Association contends that Hodge did violate the Code of Conduct.
“At the September 27 meeting, Hodge referred to the 22 people who had previously spoken before members of the presidential screening committee, saying, ‘I wish they were all genuine. I cannot say that I am confident of that,’” Clark said.
Hodge said he finds the call for censure unprofessional.
“I have a First amendment right to voice my opinion,” he said. “This is typical of liberals who talk about the First Amendment until you disagree with them.”
Hodge said he has contacted a lawyer about the legality of the board’s code of ethics.
“I’m reviewing it to see if the policy is unconstitutional,” he said.
Hodge said the heart of the matter comes to the Screening Committee.
The call to slow down the search process is an attempt by the Faculty Association to interrupt the process because members didn’t get their way, he said.
“Vin Clark wants to be exclusive,” Hodge said. “These calls to slow the process didn’t occur until late September.
“I find it hypocritical. It’s perfectly legal.”
Of Perilla, Hodge said the call for her to step down as board chair should have come earlier.
“She was president for too long,” he said.

Screening Committee Response
Both Perilla and Hodge co-chair the JCCC New President Screening Committee.
The committee has faced internal and external challenges to its charge.
During several open forums, members of the campus community asked that committee slow down the search process and immediately hire interim president Larry Tyree as the short-term permanent president.
The entire Search Committee became aware of these pleas at its first meeting and open forum, Sept. 25.

“These two people already have an idea of what they want in a president and are trying to convince the rest of us.”
Phillip Newton, student senator

John Hanysz, administrative assistant in Student Services and Screening Committee representative, said it is too soon to determine what the call for action by the Faculty Association will have on the committee.
However he said he will start taking a different approach.
“I will definitely speak up from now on when matters call for me to do so,” he said. “I’m not going to be intimidated anymore by the people or the process.”
Philip Newton, student senator and student representative on the committee, said the Faculty Association’s actions will have “a big effect.”
He said these actions will allow Screening Committee members to openly question the motives and actions of the co-chairs.
“These two people already have an idea of what they want in a president and are trying to convince the rest of us,” he said.
Newton also said he expects the contention between committee members and the co-chairs to escalate by the next Screening Committee meeting in Nov. 13.
Contact Miguel M. Morales, news editor, at mmorales@jccc.edu
by Miguel M. Morales