A Rose by Any Other Name Would Smell ... 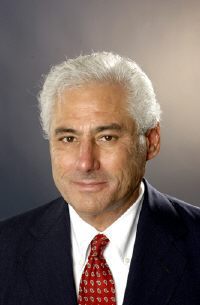 Steve Rose, the Diva at the Johnson County Sun, has been weighing in on the Carlsen sexual harassment scandal. Everyone can have an opinion -- even a journalist. However, Rose is wrong about almost every aspect of the story.

As a writing coach, I suggest Rose enroll in the Advanced Reporting course JCCC offers. There he'd learn to accurately research and properly construct a column.

In his latest column, once you get past his giant Glamour Shot photo, Rose labels Carlsen's (alleged) actions as "misbehavior." Unfortunately for Rose (and Carlsen), the law disagrees. The "misbehavior" is called “unlawful harassment.” That's because it’s against the law. Specifically, it violates Title VII of the Civil Rights Act of 1964.

On KCPT's "RUCKUS," Rose told viewers of his close connections to the board and assured them that trustees have released the full investigative report. Rose also said Elaine Perilla "denied emphatically" knowing of the allegations despite the fact that my article cites documents attesting that she knew and did nothing. Perilla's denial to Rose must have been in confidence as she has yet to make a public statement on the matter. But what do you expect? Trustees named the Johnson County Sun its official newspaper. Is this more cronyism from Perilla?

Full disclosure: I'm a past recipient of Rose's Rose Family Scholarship for journalism. I think I can probably expect to be denied a scholarship for spring 2007.
by Miguel M. Morales